Did You Miss This IPO?

Those were the very first words published in the Crowdability newsletter...

And that was exactly one year ago today!

As I reflect back on the past 12 months, I’m happy with the progress we’ve made...

But I’m thrilled about how far equity crowdfunding has come.

When we first launched, the industry was just getting started:

The JOBS Act, the set of laws that make online fundraising possible, had just been passed. The new regulations were still being enacted.

One equity crowdfunded company was even acquired.

But all of that pales in comparison to what happened last Friday...

Talk the Talk, Walk the Walk

They’re one of the high-quality platforms we feature in our Weekly Deals email.

OurCrowd is a bit different from the other platforms:

They invest their own money into the companies they feature.

Talk about putting your money where your mouth is.

We’ve always been supportive of this model: we believe it incentivizes OurCrowd to find and feature only the most promising opportunities.

For example, let’s look at a company that raised money on OurCrowd last summer...

The company’s name is Argo Medical Technologies. It makes a product called “ReWalk.”

ReWalk is pretty close to a miracle:

You can see it in action here: 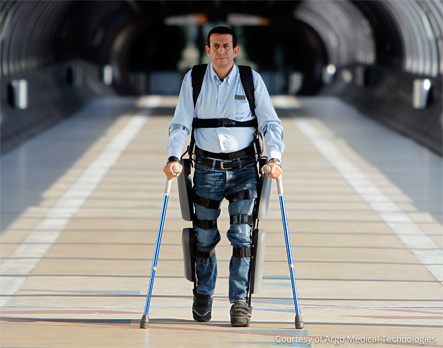 If you were one of their investors, last Friday was an exciting day for you...

As far as we know, this is the first IPO for an equity crowdfunded company.

For the first time ever, ordinary citizens were able to invest in a start-up over the web – and will reap the financial rewards as they watch it mature into a publicly-traded company.

The company plans to raise $57.5 million via the offering. Old-school investment banks, Barclays and Jeffries, are managing the deal.

Despite this exciting event, we believe we’re still in the early days of equity crowdfunding.

By the time we’re celebrating our second anniversary, we expect to have many more success stories to report.

In the meantime, keep in mind that not every company you invest in will file to go public 13 months later. In fact, very few of them will be successful at all.

ReWalk is the exception.

As we’ve been writing since we first started Crowdability 12 months ago...

To be a successful early-stage investor, you must diversify. Over time, aim to make 25, 50, or even hundreds of investments.