As it reported, an “unprecedented” IPO is about to happen.

This IPO is expected to be worth $100 billion — and if you believe the hype, it could mean billions in profits for investors like you.

But if you dig into The Journal article more deeply, you’ll see it’s a “scam.” It’s a way to rob regular investors of their hard-earned savings.

So today I’ll show you what’s really going on here — and then I’ll show you how to ensure that you’re the one collecting the profits.

To set the stage, first let me introduce you to Masayoshi Son… 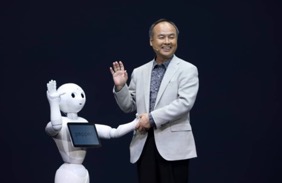 “Masa” is the founder and CEO of Japanese tech and telecom giant SoftBank. According to Forbes, he’s the richest man in Japan, with a net worth of $23 billion.

After investing in a tiny Internet startup called Alibaba and seeing it turn into a $420 billion giant (NYSE: BABA), Masa got hooked on investing in private startups.

So in 2017, he set up a venture capital firm. He called it the Vision Fund, and with $100 billion in capital, it became the largest startup investor in the world.

To put the outrageous size of this fund in perspective, last year, U.S. venture funds invested a total of $53.9 billion. So this single fund invested almost twice as much as all the other venture funds in America combined.

Let me show you where all this capital is going.

More specifically, it invests in “unicorns” — billion-dollar startups like WeWork, Slack, and Compass.

But it doesn’t invest in these companies when they’re “early-stage” startups and their shares are dirt cheap (like we do at Crowdability).

Instead, it invests when they’re “late-stage” startups — after they’re bringing in millions or even billions of dollars in revenues.

It has to pay a steep premium to invest at this stage.

The thing is, even with a $100 billion war chest, Masa has made so many of these “expensive” investments that his fund is almost out of money.

Which is why he’s turning to investors like you…

Masa is considering taking his Vision Fund public, likely by this fall.

And that means you could invest in it.

As The Wall Street Journal reported, an offering like this is unprecedented. As it wrote:

“If successful, it would tap into a new pool of money—mom-and-pop investors—who typically can’t invest in venture-capital funds.”

As long-time Crowdability readers know, investing in venture capital deals is a winning strategy. The returns blow all other types of investing out of the water.

So… you should invest in Vision Fund’s IPO, right?

Shifting the Risk to You

You see, investing in late-stage startups can be very risky.

There are two main problem here:

This doesn’t bode well for the public offerings of these companies. As we’ve seen from Uber’s disastrous IPO, the stock market is rejecting companies like this!

“The Vision Fund IPO will not be an opportunity for ordinary investors to gain exposure to disruptive growth companies of the future. Rather, it will shift risk onto unsophisticated investors who have been sold a bill of goods, while allowing the original backers to cash out at a premium.”

“No investor in their right mind will buy into this IPO.”

Here’s What To Do Instead

Instead of investing in the Vision Fund’s IPO, here’s what you should do instead:

Invest in private startups at their earliest stages!

That’s how you’ll make a fortune for you — not for Masayoshi Son.

Stay tuned… because, tomorrow, Wayne will give it to you.