[Friday Charts] The One Election Data Point We Can All Celebrate

That means the longwinded analysis is out. (Hallelujah!)

And some carefully selected charts are in. (Amen!)

All it takes is a quick glance — and you’ll be up to speed and poised to profit.

So without further ado, allow me to share the single-best type of stock to buy right now, as well as the reason everyone should be rejoicing about the election results.

It was business as usual yesterday in the biotech world.

That’s when Merck & Co. (MRK) announced a takeover of privately-held VelosBio for $2.75 billion.

For weeks now, I’ve been yelling from a soapbox about the profit opportunity in biotech stocks (see here, here and here).

And for good reason: these stocks offer the greatest potential for “double-whammy” profits.

To see what I mean, take a look at this chart… 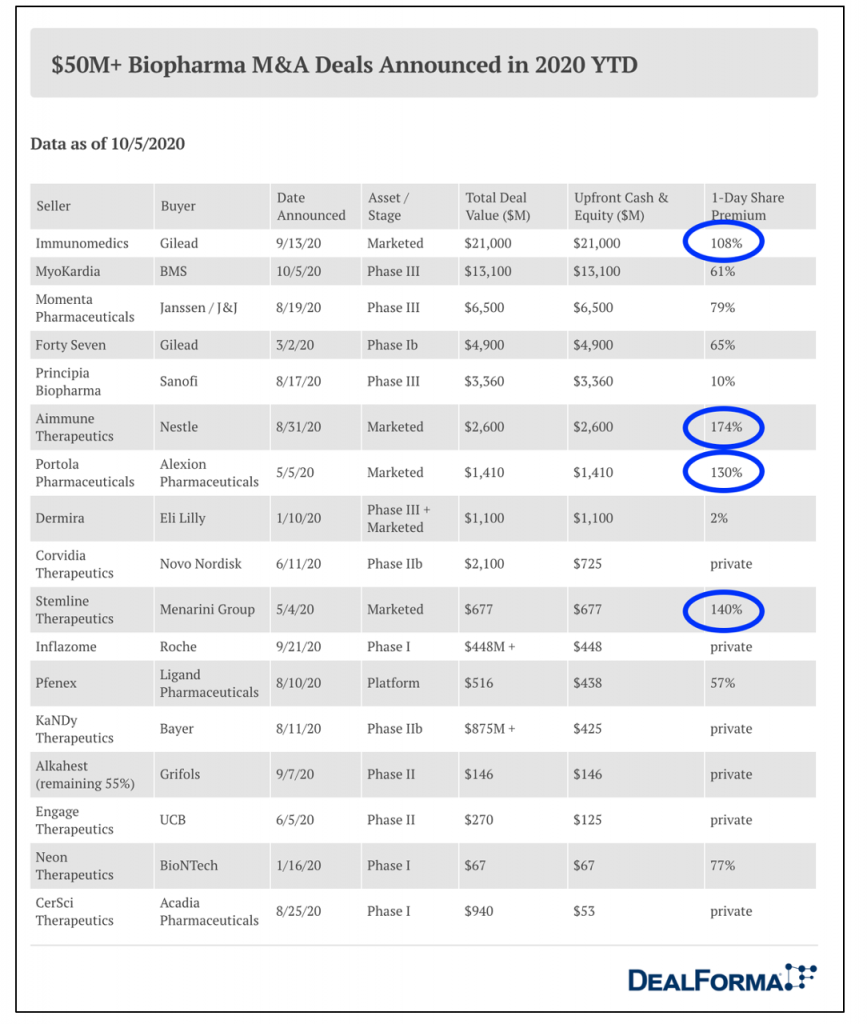 As I explained to you at the end of last year, takeover premiums were on the rise, eclipsing the five-year average of 67%.

Well, a quick review of the year’s biggest deals to date shows that the boom times keep getting better. We’re talking about single-day instant gains as high as 174%.

If you’re not investing in small biotech stocks that are natural takeover targets, what are you waiting for?!

Consider the next chart your political Prozac pill.

You see, while the final vote isn’t confirmed yet, it appears we could be headed for a divided Congress.

And for stocks, that’s nirvana. As you can see in the chart below, the oft-heard mantra that “gridlock is good for stocks” is true! 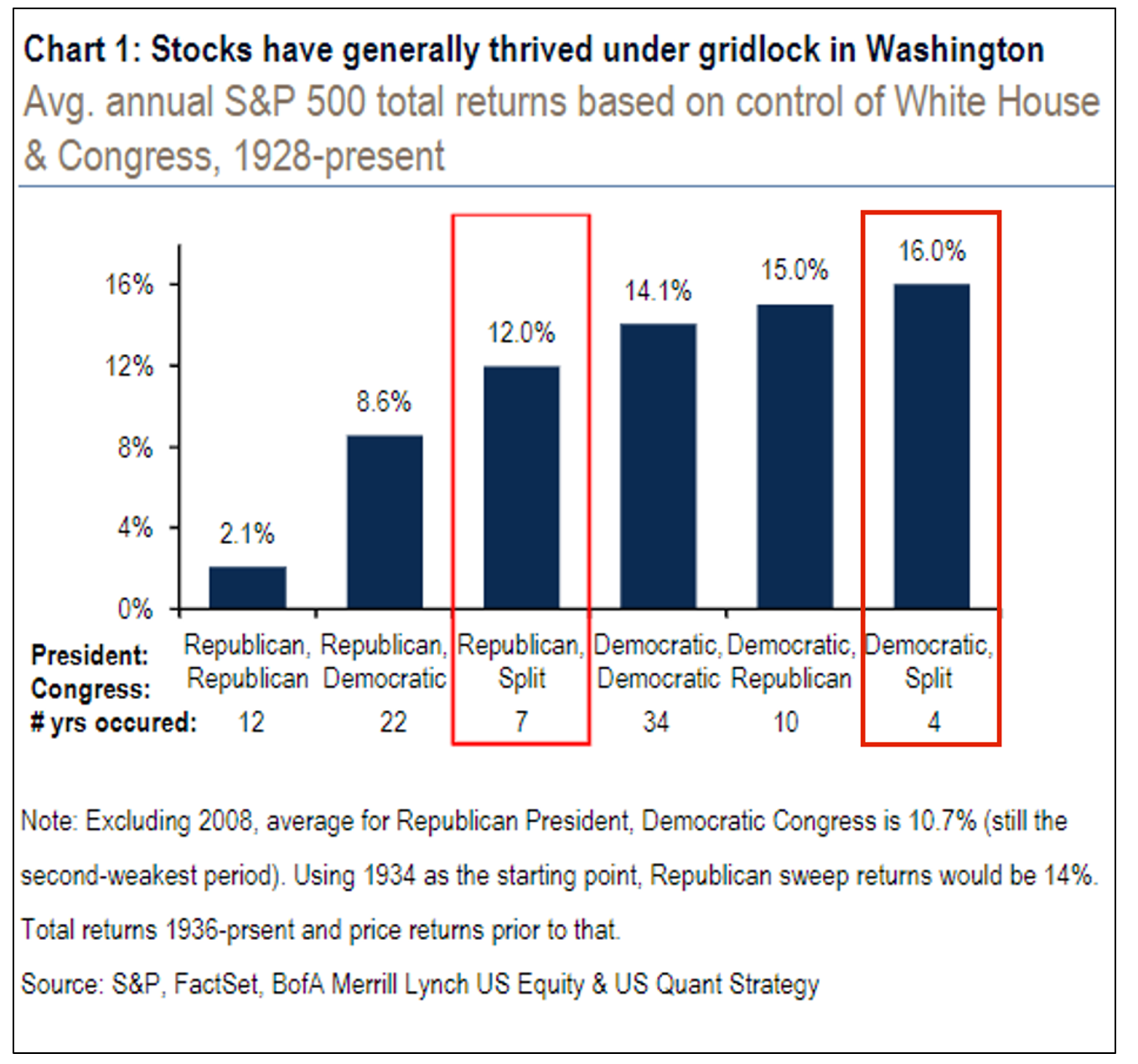 We can rejoice about the fact that, when it comes to our investments, it doesn’t matter!

With a divided government, politicians won’t be able to accomplish much — and that means the market-lifting fundamentals that are already in place can stay in place.

Care to disagree? Or have a small biotech stock you particularly fancy for its drug prospects and takeover appeal?

Hit reply to this email and let me know. I’ll feature noteworthy responses and stock ideas in a future column.

See you on the flip side!