The #1 Reason "Robinhooders" Are Making Money

Wait a minute… what was that? Was it the “sign” that this bull run is finally over?

Stocks have rallied 40%+ from their coronavirus-bottom in March…

And meanwhile, a band of gunslinging day-traders are bidding up shares of bankrupt — yes bankrupt — Hertz Global Holdings (HTZ) by more than 500%.

That’s why a certain narrative is gaining steam right now:

The trading action in bankrupt companies like Hertz proves that retail traders are in control of the market. Just like what happened during the dot-com bubble.

So, is this the indicator we’ve been waiting for that it’s time to get out of the market?

No way. Let me explain why…

And then I’ll explain where you need to put your money to work.

The coronavirus quarantine has had a major impact on investing activity.

For example, armed with lots of free time and less things to do, there’s been a surge in retail trading.

In the first quarter alone, Robinhood, which is the most popular online trading platform with millennials, saw a record 3 million new accounts created.

These new traders, with an average age of 31, are overconfident and outspoken.

Case in point: the posterchild for the movement, Barstool Sports founder, Dave Portnoy, is trolling the greatest investor of all time, Warren Buffett. He says Buffett is “washed up” as an investor.

But rest assured, “Robinhooders” haven’t suddenly usurped all the power on Wall Street.

You see, for years, the Federal Reserve has been pumping liquidity into the markets.

That’s why conventional wisdom says the Fed will step in to backstop any plunge in equity prices.

In other words, Main Street is finally waking up to what Wall Street has known and profited from for years.

To the contrary, it’s likely that this proven strategy will keep working.

Consider: Consensus is growing that the Fed will unveil a “Yield Curve Control” program to prevent a spike in yields. Essentially, this program will pin the short end of the curve just above 0%.

As the below chart from Bank of America reveals, stocks went on a massive rally! 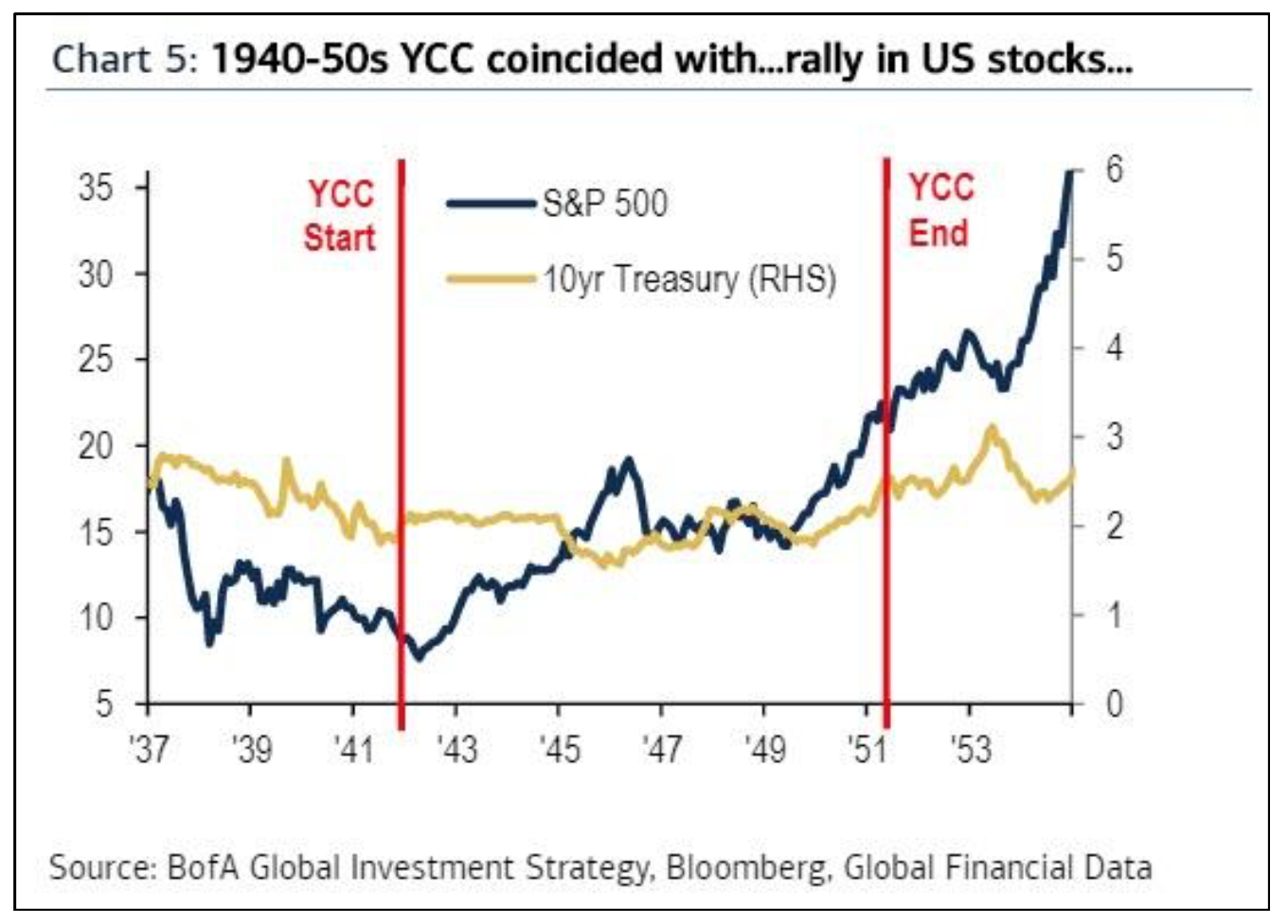 This would cement the perception of “central banks as the buyers of last resort, boosting risk appetite, lowering volatility and intensifying a broader hunt for yield."

But as it turns out, the Fed isn’t the only one flush with money…

So are ordinary investors!

Since the start of the coronavirus, the amount of cash sitting in U.S. banks increased by a record $2 trillion. According to the FDIC, $15.47 trillion is currently sitting in deposits, up from $13.3 trillion at the end of February.

Another important measure of investor “dry powder” is data on money market mutual funds. By this measure, there’s been a record spike over the last three months — to nearly $5 trillion. 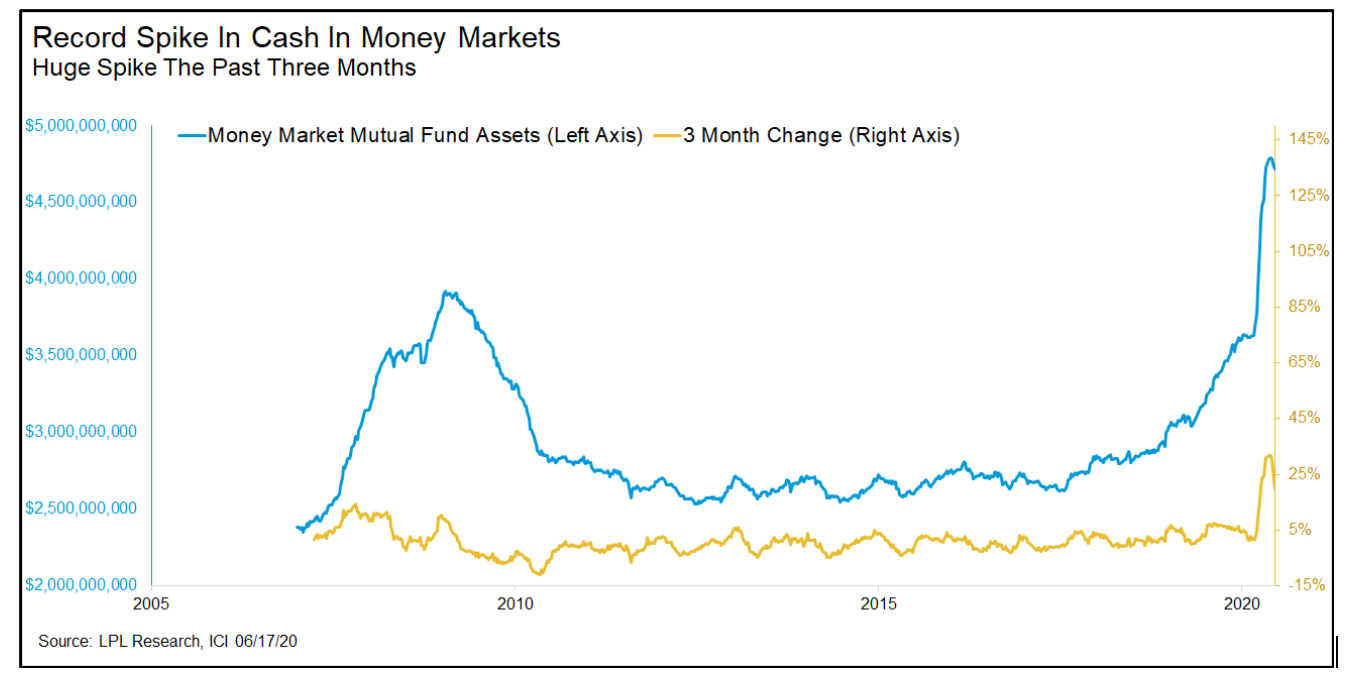 No matter how you slice it, gobs of cash is sitting on the sidelines.

So forget the “Robinhood effect.” It’s not a sign of impending doom.

For the foreseeable future, these factors are destined to drive stock prices higher.