IPOs are on fire this year!

On average, based on the Renaissance IPO Index, newly minted companies are up a staggering 82.4%.

Of course, I’ve been telling you for months about this burgeoning trend, and even singled out several top opportunities to capitalize on it.

But today isn’t about “I told you so’s.”

Instead, it’s about making sure you’re prepared for the next “hot” IPO trend…

Because this one won’t increase your net worth. On the contrary, it threatens to destroy it.

It Always Ends the Same Way

“Every few years, investors seem to become enamored with one investment or another,” writes Bloomberg’s Nir Kaissar.

Because the fact is, when a new type of investment appears, investors tend to become enamored, obsessed, and then downright crazy.

Investors recklessly throw gobs of money into these new trends — and it always ends the same way:

With massive disappointment and brutal losses.

And now history is repeating itself…

The latest doomed craze is a specific type of IPO.

It’s known as a special purpose acquisition company, or SPAC.

As you can see in the chart below, the number of SPACs is exploding right now. So far this year, more than 90 of them have gone public. 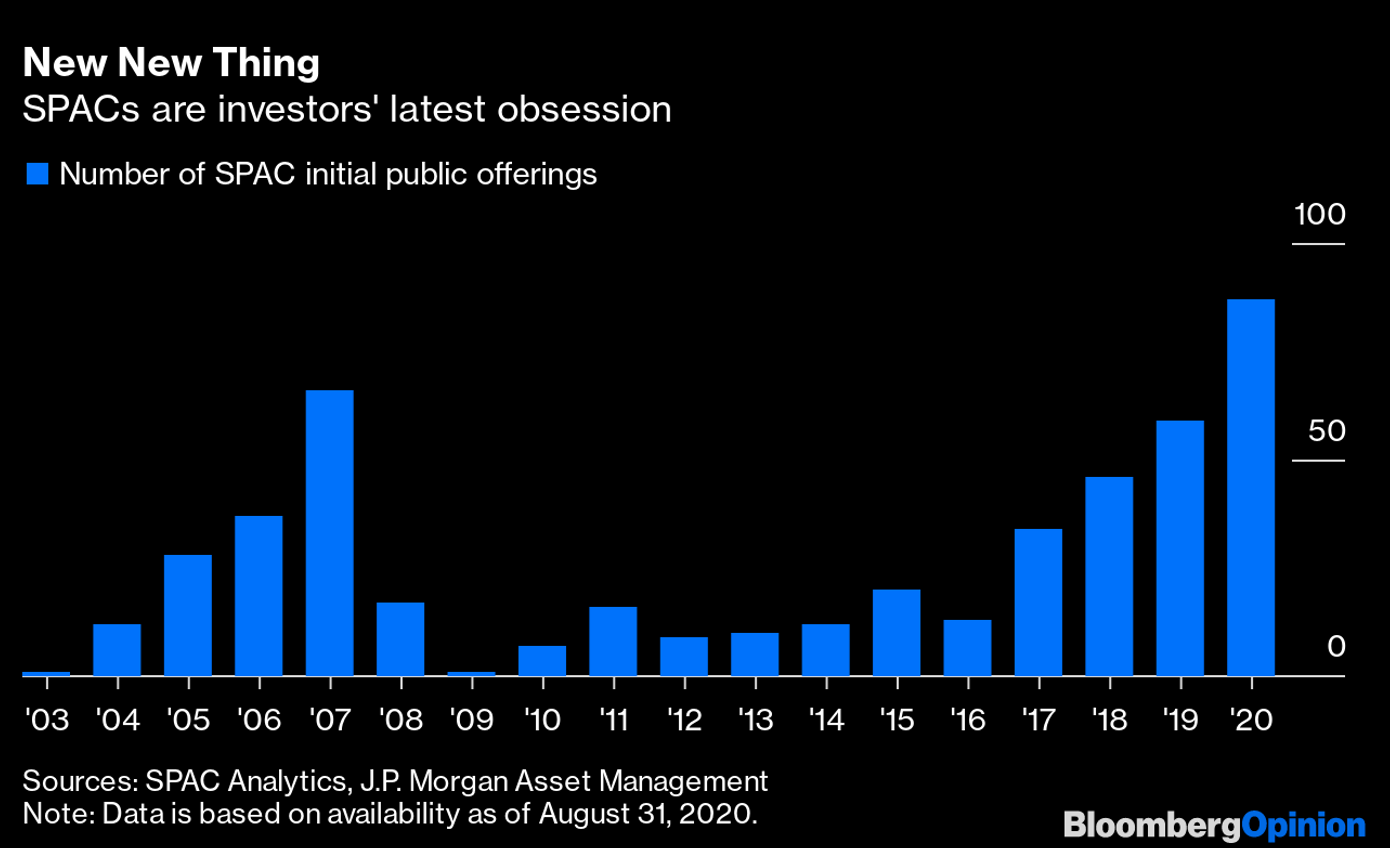 So what exactly do these SPAC companies do that has investors so excited?

That’s right. Just like the sitcom “Seinfeld” was a TV show about nothing, SPACs are companies that do nothing.

You see, SPACs have no commercial operations. They’re formed strictly to raise capital through an IPO for the purpose of acquiring an existing, private company.

In other words, a SPAC is a “shell” company looking to raise money from investors, so it can then go shopping for an actual company.

If the SPAC managers find a compelling acquisition target, the two companies merge, which effectively takes the private company public.

And if they don’t find a company within two years or so, investors get their money back — after deducting out exorbitant management fees, of course…

The Winners and The Losers

You see, the sponsors and managers of the SPAC earn hefty fees while they hunt for an acquisition.

And furthermore, they get to buy into a compelling private business on the cheap.

So for the sponsors, a SPAC is definitely a win.

It’s also a win for the private businesses that get acquired. After all, they benefit by going public without the effort, expense, and regulatory scrutiny that comes with a traditional IPO.

Unfortunately, for individual investors like you, SPACs tend to be a losing proposition.

For proof, let me show you the performance data…

Let’s Go to the Videotape Stats

First of all, the overwhelming majority of SPACs fail to launch — meaning, they never even identify a private company to buy.

In fact, according to IPO research firm Renaissance Capital, since 2015, 70% of the 313 SPAC offerings failed to identify a target.

What’s worse, for the 93 SPACs that did find a target, the public company performance has been a bust:

The common shares of the SPAC that investors purchased delivered an average return of nearly -10%, with a median return of almost -30%. That’s right. Negative returns.

Meanwhile, traditional IPOs have delivered an average return of positive 47% over the same period, according to the number crunchers at Renaissance Capital.

The Surprising Way To Profit from SPACs

Don’t say I didn’t warn you. SPACs are a bad investment.

And while you’re at it, put the newly launched ETF focusing on SPACs — the Defiance NextGen SPAC IPO ETF (SPAK) — on your watch list…

Once the SPAC trend peaks, this ETF is going to make for a compelling short-selling opportunity!