Did You Make 843x Your Money on this EV Startup?

Atlis has built some powerful technology. For example, its EV pickup truck can be fully charged in just 15 minutes. And its battery packs have a range of up to 500 miles.

But I’m not writing about Atlis today because of its technology.

I’m writing because its early investors, regular people like you, made a killing on its IPO. Some of them had the chance to make 843 times their money.

That’s enough to turn a small $1,000 investment into nearly $1 million. Can you imagine?

A few years ago, an upstart EV company needed capital.

Its goal, as it described, was to “… bring back the excitement and aﬀordability of the pickup truck while racing towards the future of electric mobility.”

At the time, it had already developed some early versions of its fast-charging battery pack, and created some preliminary design concepts. Now it was ready to design and build a full-scale prototype. Here’s what it was meant to look like: 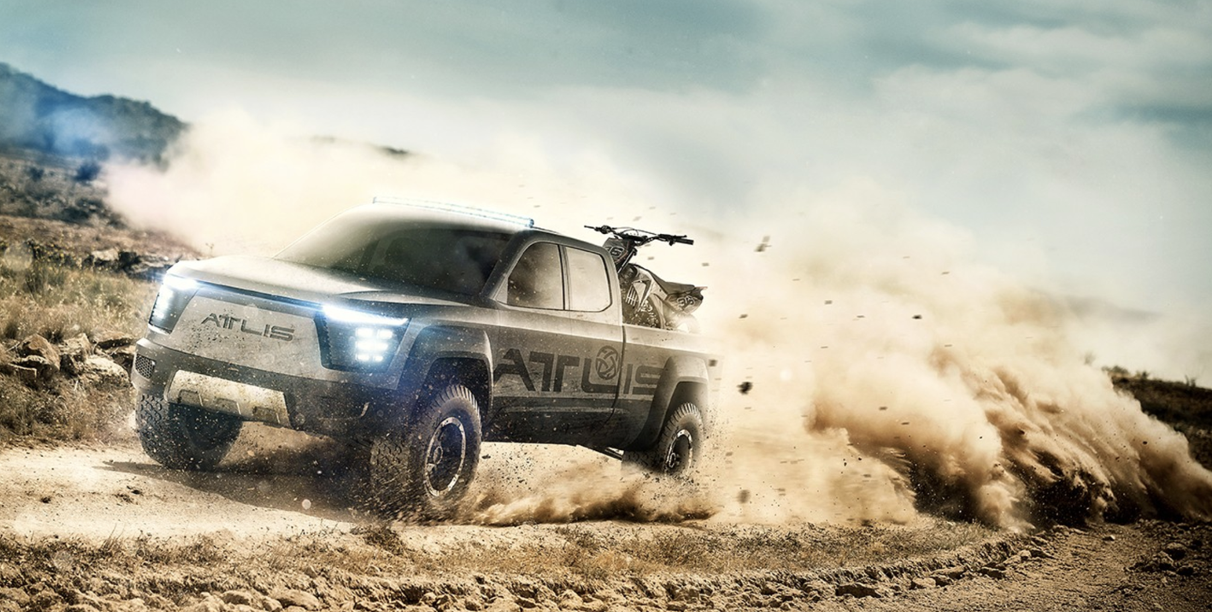 In brief, this was a tiny startup with a big vision, and it was targeting an enormous market.

It was raising a total of about $1 million from regular investors like you. The minimum investment was about $200. And it was selling shares for 29 cents — a “ground floor” price that reflected the fact this was an early-stage startup offering a high-risk investment.

If it couldn’t raise more capital, it would potentially go out of business, and its investors could lose their investment.

As it turned out, Atlas was successful in raising its first $1 million, and it put that capital to good use to make progress with its designs and plans.

After raising another $1 million from investors like you about a year later, it started increasing the size of its funding rounds. In 2021, for example, it raised about $5 million.

As it made more progress and raised more capital, the company’s value and share price kept going up. Eventually, it raised a total of $35 million from startup investors, and its share price went up to $12.74.

But here’s where things get really interesting…

A few weeks ago, on September 27, Atlis went public on the Nasdaq…

And its shares quickly soared.

In fact, before settling down to a more “normalized” level, they spiked as high as $243.99.

What’s that mean for regular investors who invested in its first funding round? Well, depending on when they sold their shares, it could mean a windfall of up to 843x their money.

As the company’s founder and CEO said: “We are incredibly gratified to have reached this milestone in partnership with our pre-public investors, many of whom have been invested in the Company since its inception.”

Friends, the investors who got in on Atlis early are just like you.

Sure, they might invest most of their money in the stock market, in bonds, in real estate.

But they’re starting to allocate small amounts into private startups — $100 here, $200 there — so they can build a portfolio of high-potential investments like Atlis.

The best way for you to get started in this market is to get educated.

You can do that, for free, by reading the weekly essays that Wayne and I write. And you can always dig in more deeply by reading some of our free reports here.