The Drug Enforcement Agency — or, DEA for short — is the federal agency tasked with arresting and prosecuting the most notorious drug dealers in the world…

However, in a recent Federal Register filing, we’ve discovered that the DEA may be switching sides:

Instead of continuing to stamp out drugs throughout the country, the DEA may in fact be getting into the drug business.

On the street, that amount of marijuana would be worth roughly $6 million!

What do you think is happening here — is the DEA switching sides?

Or is this a creative way to make up for a potential budget shortfall?

The truth is, we shouldn’t be too surprised if the DEA were using marijuana to help supplement its annual operating budget.

For one thing, marijuana is moving closer and closer to federal legalization…

Take this woman as an example… 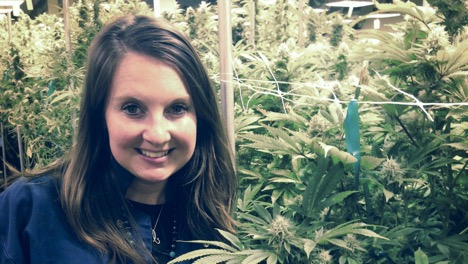 Her name is Brooke Gehring.

According to a recent profile by People Magazine, Brooke is one of our country’s newest “Marijuana Millionaires.”

For most of her career, she worked as a commercial banker...

It’s estimated that she made $10 million last year.

Is the DEA Going into the Drug Business?

So is the DEA taking a page from Ms. Gehring’s playbook?

Is it really going into the drug business?

Or is something else going on here?

Well, the truth is, the DEA has been producing marijuana — as well as cocaine, LSD, PCP, etc. — for a very long time.

You see, the agency uses these substances for research purposes.

It doesn’t sell them for a profit — and it’s certainly not switching sides.

The agency will still be at the frontlines of our war on drugs...

The Pot Business is Good Business

But that doesn’t take away from the fact that marijuana is a good business to be in these days.

From growers like Brooke Gehring, to CEOs of public pot companies like GW Pharmaceuticals (GWPH), legal marijuana is currently a $7 billion industry in the U.S.

And it’s only getting bigger.

The investment bank Ackrell Capital forecasts that this market could soon be worth more than $100 billion.

Just to put that in perspective: the market for alcohol — one of the largest consumer markets in the country — is worth just $200 billion.

And fortunately for you, you won’t have to become a pot grower like Ms. Gehring in order to get your piece of the pie.

As Matt explained yesterday, there are many different ways you can begin profiting from the boom we’re seeing in the marijuana market.

However, like he also explained, many of those investment options have some serious drawbacks.

In our opinion, there’s only one perfect pot investment.

And last night, during our Initial Marijuana Offering presentation, we shared that investment with 10,000+ Crowdability readers.

If you were there, we hope you enjoyed the event and got a lot out of it. We’ll be sending around a replay today so you can re-watch it.

If you missed it, not to worry: we’ll be hosting similar events in the near future.