Tesla’s having a tough run of it lately.

But Tesla vehicles themselves are also making headlines — and for all the wrong reasons.

You see, it was just two months ago when Tesla officially announced that its full self-driving capabilities would be available to all Tesla drivers…

Then, just a short a time later, this happened: 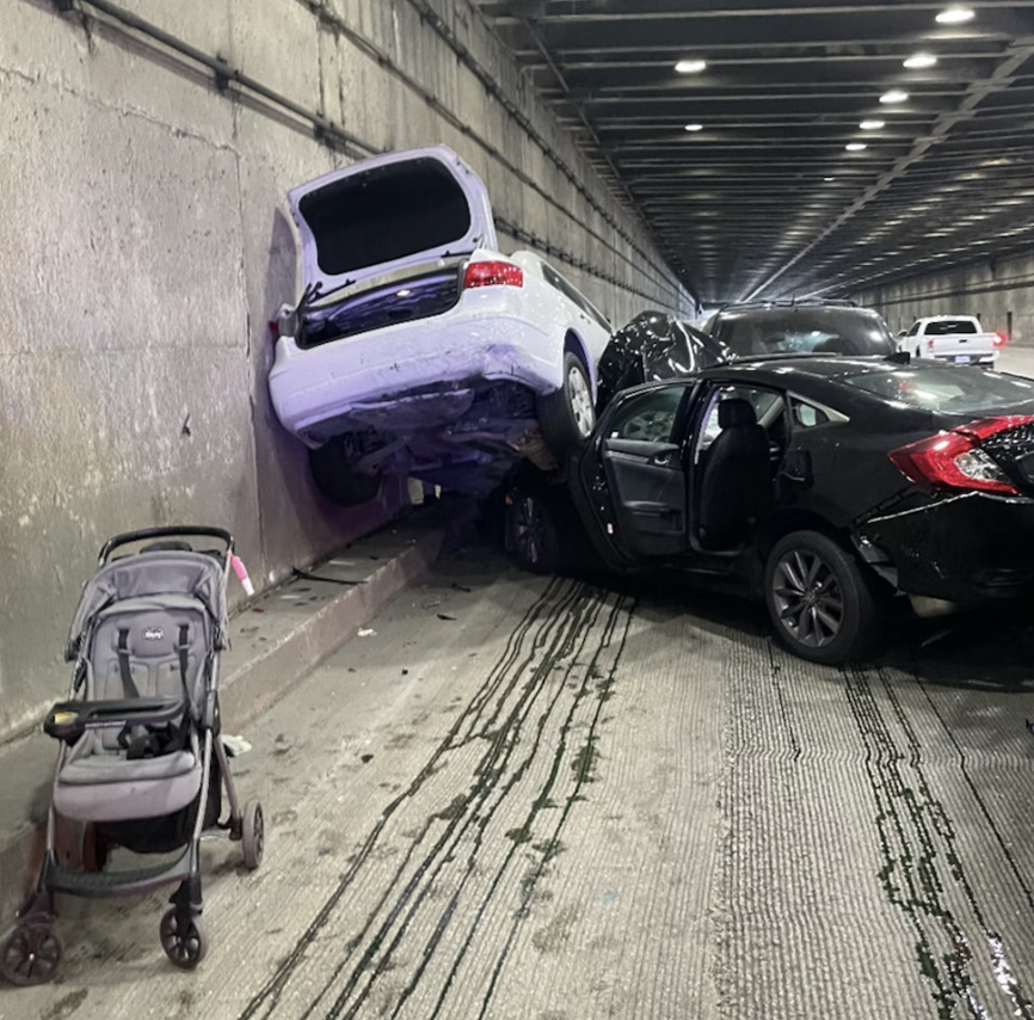 While operating in full “self-driving” mode, a Tesla suddenly veered off course, came to a full stop on a busy highway, and caused an eight-car pile-up!

And today, not only will I help you understand the problem, but I’ll share a potential solution.

And as you’ll see, not only could this solution add billions back to Tesla’s market cap…

But it could help you pocket profits as high as 5,934% at the same time!

Until Tesla solves this problem with its self-driving technology, I believe we’ll continue to see more headlines like this:

“Tesla Autopilot Crashes: With at Least a Dozen Dead, ‘Who’s at Fault, Man or Machine?’”

And we believe the reason Tesla’s having so much trouble with its self-driving cars is simple:

Self-driving cars still have a big problem: they can’t “see”!

Imagine for a moment that instead of self-driving cars seeing something like this:

In other words, a self-driving car would have a a crystal-clear view of everything around it.

It could see cars, pedestrians, traffic lights and stop signs…

It would have a perfect view of the road and could then be in a position to make better decisions about how to operate in that environment.

And if that were to happen, then we believe we’d see an explosion in sales for Tesla and other self-driving automakers.

And not only could it help revive Tesla’s stock price…

But as we’ll reveal here in the Crowdability newsletter next Wednesday, January 25th, it could also hand investors like you a massive profit opportunity…

In fact, our research shows that, thanks to this technology — and the tiny pre-IPO company behind it — you could pocket gains as high as 5,934%, and possibly far more.

So keep an eye on your inbox next week, you won’t want to miss this!