When I was a college freshman, I tried to buy my friend’s autographed Bob Dylan poster.

At the time, I was obsessed with Dylan’s album “Blonde on Blonde.” So when I saw the poster on my friend’s dorm-room wall, I blurted out the biggest number I could think of: $100. I’m lucky he declined. My bank account would have gone into negative territory.

I was reminded of this story last year, when someone spent millions buying the rights to hundreds of Dylan’s songs. Full disclosure, it wasn’t me. Although I wish it had been me…

Because that investor is now sitting on a goldmine. In fact, he’s getting paid like a rock star!

Today, I’ll explain why he’s getting paid like a rock star — and I’ll reveal how you can get paid in the same exact way.

Royalties in the Music Business

Rock stars can get fantastically rich. But how exactly does it happen?

Well, in addition to making money from touring, they make money from royalties.

But royalty payments aren’t only for songwriters and artists. Anyone who owns a piece of those rights — for example, a record company, or even an investor like you — gets paid as well.

For example, every time a Dylan song is streamed online, or played on the radio, the investor who purchased the rights to those songs earns a royalty. In other words, every time you listen to “Like a Rolling Stone” or “Blowin’ in the Wind,” that investor gets paid!

The thing is, as streaming services like Spotify become more and more popular (according to the RIAA and Statista, streaming revenues reached $8.8 billion in 2019, and $13.4 billion in 2020), these music royalties are becoming incredibly valuable.

Furthermore, the profits from this sector aren’t the only reason to get involved…

It Pays To Invest in Music

Here are a few other reasons music can be such a strong investment.

Risk Reduction — Music rights are an alternative investment. That means they can “zig” when the stock market “zags.” This reduces the overall risk of your portfolio — and at the same time, it can enhance your returns.

Recession-Proof — Furthermore, royalties are recession-proof. No matter what’s happening with the stock market or the economy, people will listen to music.

Morgan Stanley and KKR Hop on Board

As the world has come to recognize these benefits, music royalties have become incredibly popular among investment professionals.

For example, a fund called Hipgnosis recently spent $670 million to acquire the rights to 44,000 songs from, among other artists, Blondie, Rick James, and Chrissie Hynde of the Pretenders.

Meanwhile, major investment firms like Morgan Stanley and KKR have started diving in...

And now investors like you can dive in, too…

For several years now, you’ve had the opportunity to invest in music rights online.

There was just one big challenge:

But now, an investment portal called Republic — the same company that makes it easy to invest in startups — is making such rights available for as little as $100.

Essentially, Republic Music is offering you a way to secure an ownership stake in music royalties. When you invest, you become an owner in a song’s rights. So every time that song is streamed, you get paid.

Here are the songs and artists Republic is starting with…

The first song is from rap superstar Lil Pump, a 5-time platinum artist who’s racked up more than 1.8 billion views on YouTube.

Lil Pump will be offering rights to his forthcoming single, “Mona Lisa.” This song features a major rapper named Soulja Boy, and is being produced by Jimmy Duval.

The second song is from KSHMR, a superstar in the electronic dance music (EDM) world.

KSHMR is best known for his hits “Secrets” and “Burn,” and has performed everywhere from Coachella to EDC. 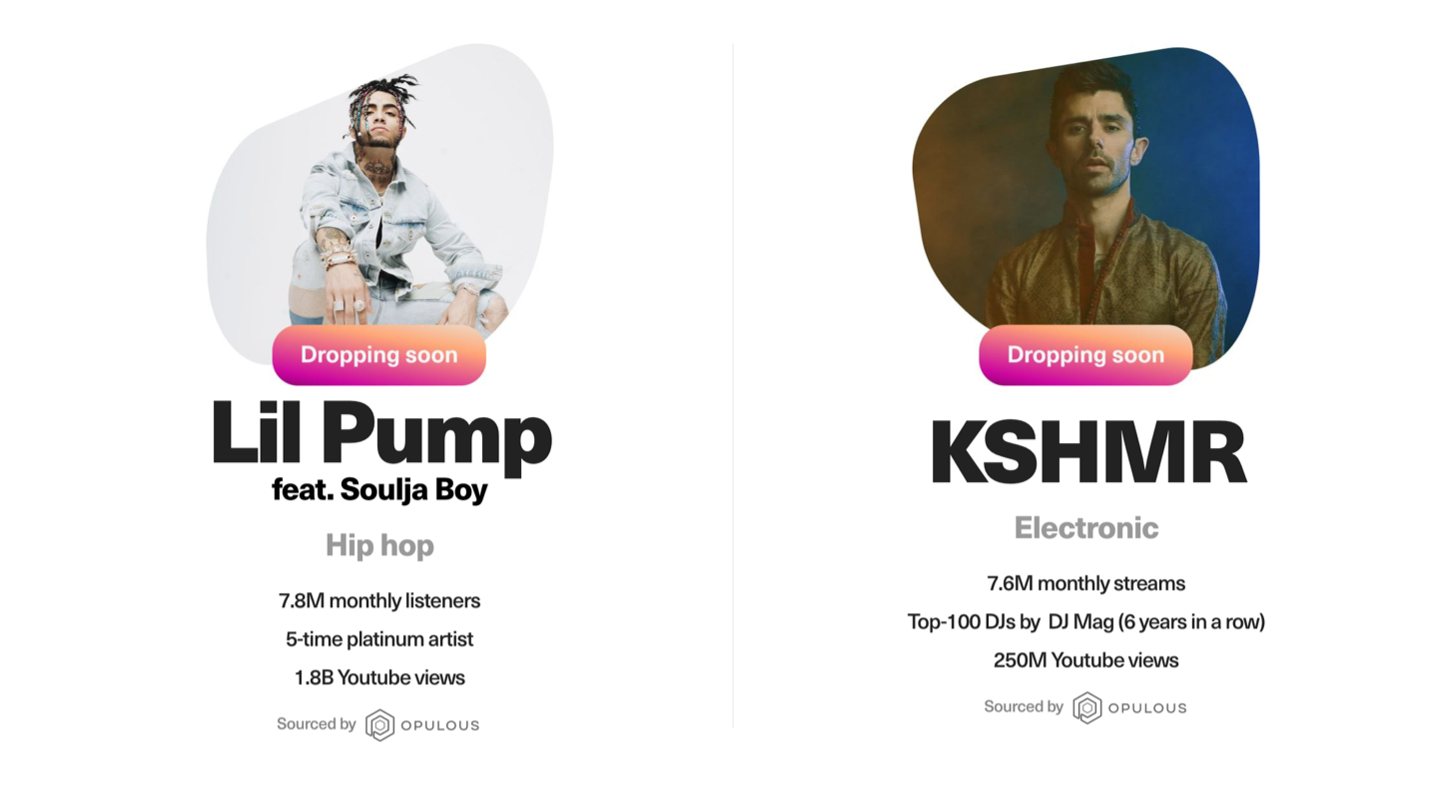 Investing in music is exciting, and it can be very profitable, too.

Republic Music is a way to dip your toes into this sector, starting with as little as $100.

Just remember: don’t invest more than you can afford to lose!

Republic Music just launched, and more songs are expected to be announced in October. We’d advise you to sign up now, so you’ll be the first to know about new releases.

Please note: Crowdability has no relationship with Republic Music, or with any of the companies or platforms we write about. Crowdability is an independent provider of education, information, and research on startups and alternative investments.