How to Kill Inflation with One Simple Move

Yesterday, Matt updated you on one of the biggest financial stories of the decade…

Something we’ve been calling the “secret retirement-killer.”

And it could crush your retirement plans.

And the fact is, if you don’t put a plan in place today to fight it…

Your retirement could be at risk!

The Greatest Crisis of Our Time

As Matt explained yesterday, inflation means the prices of goods and services go up over time.

Normally, it’s not something you think about. That’s because, historically, inflation has gone up by just 2% to 3% a year. At levels like that, you don’t notice much impact year to year.

But we’ve recently entered an economic era with “hyper-inflation.”

As you can see in the chart below, because of the U.S. government’s out of control money-printing as well as recent shocks to the global supply-chain… 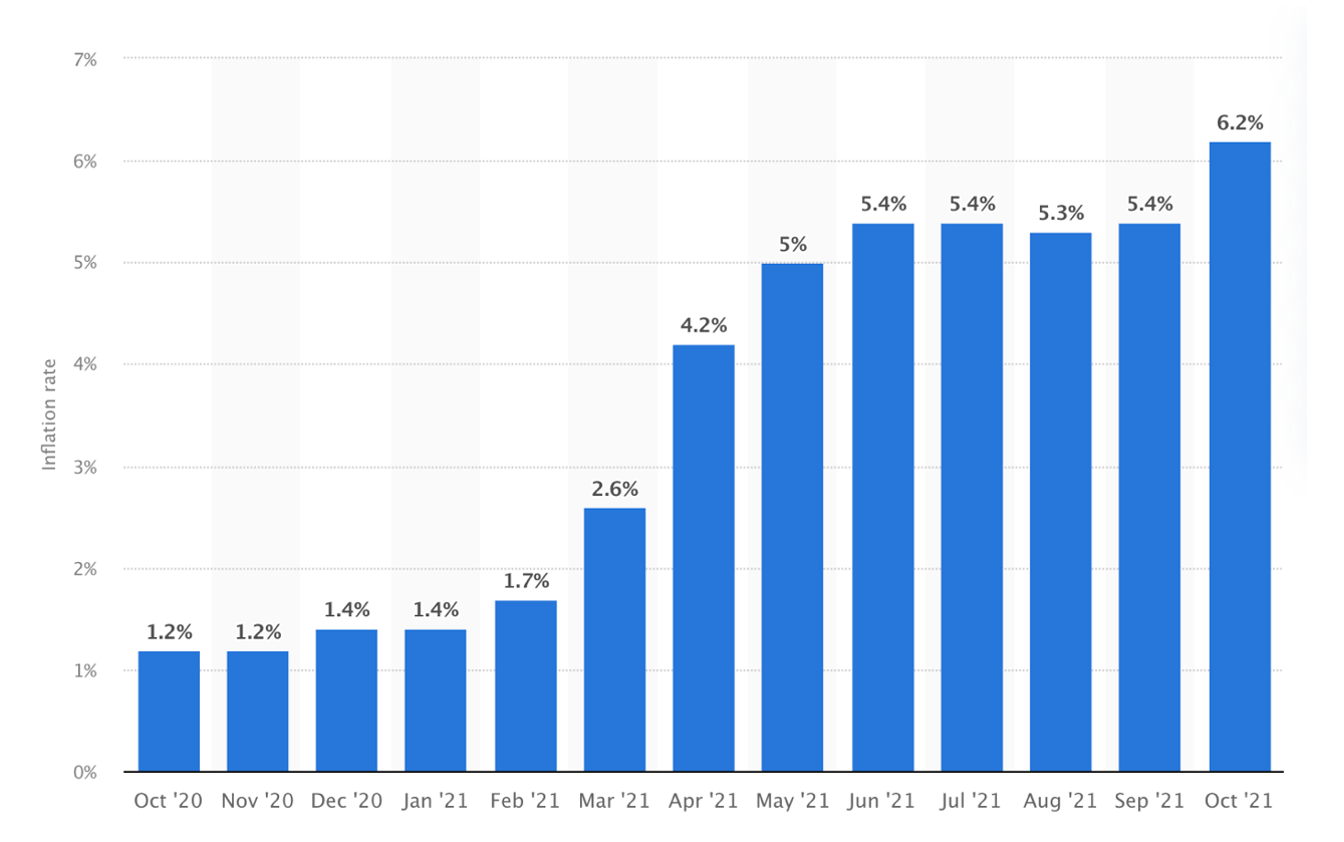 If this persists, you could soon be paying double for everything — from your gas and groceries to your housing and car costs.

But it also means any retirement savings you’ve built up would only last half as long as you were counting on.

For many Americans, this would be absolutely disastrous.

This is why we believe you need to do everything you can to get ahead of this crisis.

But you also need a plan to generate extra income — so you can handle all the price increases we see coming in the future.

Now, as you probably know, there aren’t many good “traditional” investment options today.

I mean, you can’t just sock your money away in cash anymore…

Most banks are paying far less than 1% on your deposits. So, with inflation sitting at 6% right now, you’re basically losing 5% each year.

And how about investing in the stock market? Well, that might’ve been a good idea when inflation was at 1% or 2%, but not anymore…

Historically, stocks have returned roughly 7% a year. So given where inflation is today, you’ll barely make a dime when all is said and done.

For instance, long-term government bonds are paying just 1.7% right now, and the average yield on corporate bonds is just 2.5%.

As you can see, these “traditional” options aren’t going to get you where you need to be…

But not to worry — hope is not lost…

You see, through our research, we discovered that the vast majority of Americans have the ability to tap into thousands of dollars in something we call “Shadow Income.”

These are hidden income streams that almost all Americans have access to — but don’t know about.

To get access to this income, you don’t need the help of the government or traditional Wall Street banks and institutions…

And you don’t need a big nest-egg to get started.

All you need is access to the right information, along with the desire and ability to do a little bit of legwork to unlock these hidden-income strategies.

To be clear, these untapped income sources have nothing to do with stocks, options, bonds, cryptos, or any other traditional investment you might be thinking of.

And they have nothing to do with the startups we typically write about at Crowdability.

To show you how to unlock these “Shadow Income” streams, Matt recently put together an in-depth research report.