Make Money Even When Stocks Go DOWN…

Everyone knows the obvious way to make money in the market:

In other words, buy a stock when it’s “cheap,” and then cash out when it trades higher.

This is a way to make money — a lot of money — even when a stock’s price goes down.

And to be clear, this has nothing to do with shorting stocks or trading options.

Read on to learn this secret now…

Earlier this week, one of the hottest tech companies in the UK finally went public…

Similar to DoorDash, GrubHub, and Uber Eats here in the U.S., Deliveroo provides on-demand food-delivery services to consumers in the UK.

And with revenues soaring to over $1 billion last year, it was initially expected to become one of the hottest IPOs on the London Stock Exchange.

However, investors’ hopes were quickly dashed when Deliveroo’s shares traded down on opening day — in fact, shares dropped as much as 30%.

In other words, if you’d invested in Deliveroo’s IPO, you’d have lost 30% of your money in just hours.

However, for a different group of investors, Deliveroo’s price drop wasn’t an issue at all…

The Secret to Making Money When Stocks Drop

The investors who nearly doubled their money on Deliveroo didn’t do anything “fancy” here:

They didn’t short Deliveroo’s stock, and they didn’t make any complex options trades.

Instead, they did something simple:

They invested in Deliveroo before it IPO'd — in fact, two full years before it went public.

And by doing so, they were able to secure their shares at a far lower price.

And that’s why, even after Deliveroo’s stock plummeted this week, these pre-IPO investors were still sitting on a profit of nearly 100%!

The thing is, this isn’t some isolated example…

This phenomenon happens more often than you might think.

For instance, look what happened with another stock after its IPO…

Soon after its IPO, New Relic’s shares dropped by more than 20%.

But once again, its pre-IPO investors didn’t suffer any losses…

Instead, they made some serious profits:

While IPO investors lost 20 cents for every dollar they invested…

New Relic’s pre-IPO investors earned gains of 528%, turning every dollar they invested into more than $5. 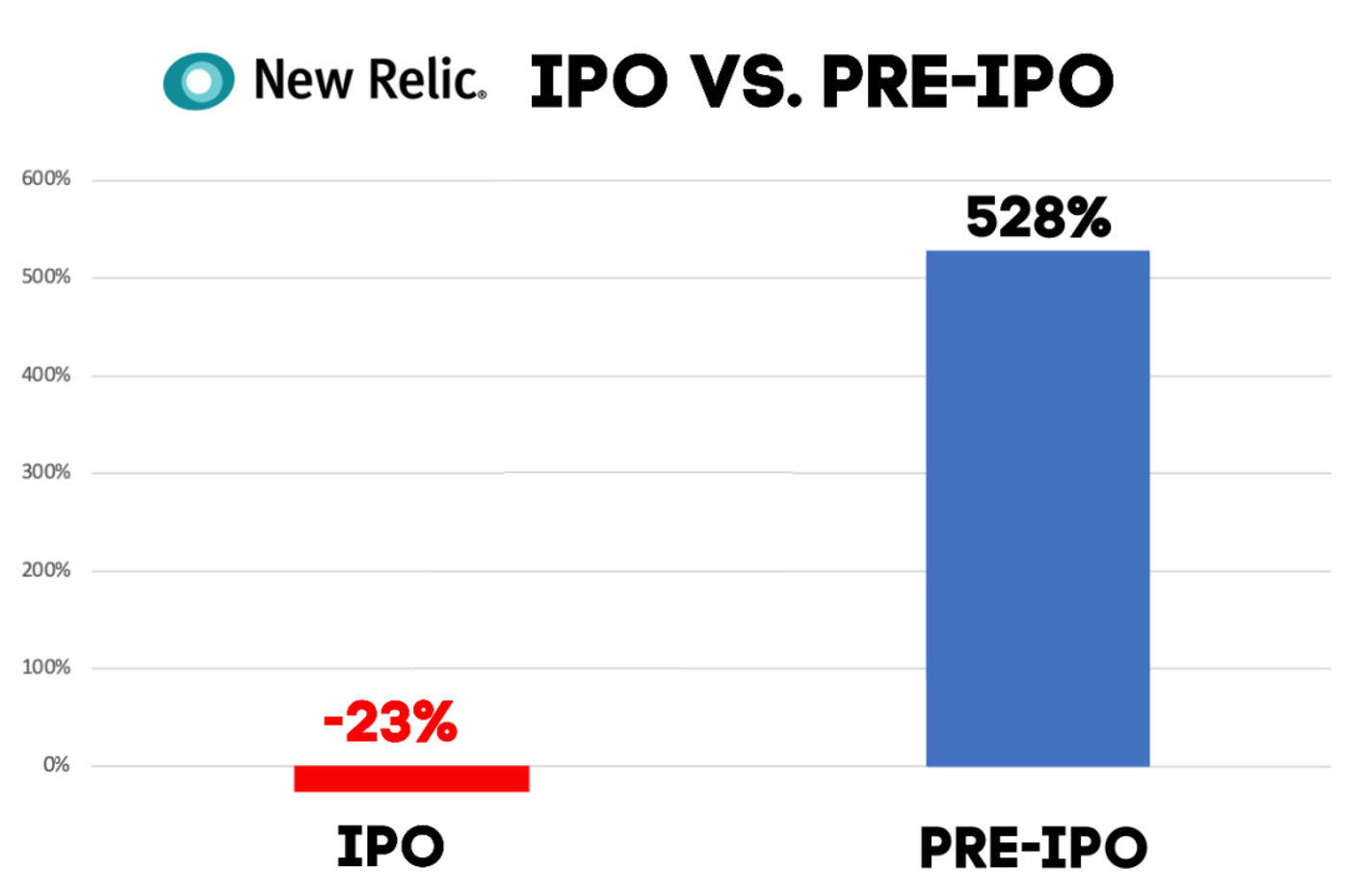 There are countless examples of this same phenomenon.

And every time, it happened because some investors knew a very important secret:

They knew how to secure shares in a company before its IPO.

This secret has literally been locked away for more than 80 years.

But now we’ve decided to pull back the curtain and show everyone how to get into today’s hottest companies — before they go public.

In fact, Matt recently sat down for a “tell all” interview. And during this interview, not only does he share this secret…

But he also shares an exciting high-potential company you can invest in right now — well before its IPO — for just a few hundred dollars.

And for a limited time, you can watch the full interview for FREE here »