Now Anyone Can Become a "Crypto Millionaire" (proof inside)

Unlike most of the newsletter “gurus” out there today, we didn’t just jump on the crypto-currency bandwagon recently…

We’ve been writing about — and investing in — cryptos since 2013.

In fact, we’ve personally earned over seven figures in profits from our trades.

Now, after reading that, I bet you’re thinking something along the lines of...

“Good for you, Wayne — but you probably started out with a lot of money. Plus, you guys are professional analysts. There’s no way a regular guy like me can earn millions of dollars in cryptos. Go sell your snake oil somewhere else!”

Well, you’re right to be skeptical. But here’s the thing...

In today’s article, I’ll introduce you to a number of “regular guys” who went from being flat broke, to being worth millions or even billions — all from trading cryptos.

And as you’ll see, if these guys can do it, so can you! 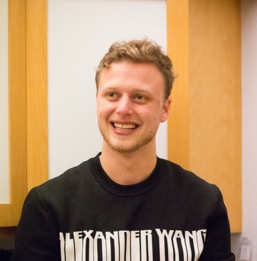 Jeremy is 25-years-old, unemployed, and has dropped out of college (twice)...

Nonetheless, he spends his days jetting off to exotic locations just to hang out and party.

You see, Jeremy is worth millions — and he earned his fortune entirely from his crypto and bitcoin investments.

In fact, according to a recent Forbes profile, Jeremy learned that he became a crypto-millionaire while flying at 30,000 feet, coming back from a multi-day party in South Africa.

And that was back when bitcoin was trading at $4,000 — today, with bitcoin close to $10,000, we imagine Jeremy’s fortune has more than doubled.

Today, Jeremy travels the globe partying with friends, and consults for some of the world’s leading financial institutions.

Not bad for someone who, under normal circumstances, would be flipping burgers. 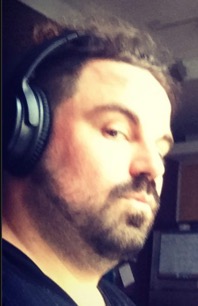 Even without crypto-currencies, Grant’s story is inspiring:

According to the bio on his website, “Just after college I was unemployed, living at home with my parents, and had only $2.26 left in my bank account...”

But just five years later, Grant had built a net worth over a million dollars.

By his own admission, it took him “five years working 80-hour weeks to make over $1 million saving and investing in the stock market.”

But the only reason Grant was able to save $1 million in just five years is because of how abnormally-well the stock market has done since the 2008 crash:

Since then, the market has averaged roughly 16% per year — about double the long-term average.

But even still, his stock market gains pale in comparison to what Grant has earned from investing in cryptos:

In 2017 alone, Grant estimates that his crypto investments earned more than $1.1 million.

As he put it in a recent CNBC piece, “It's by far, without a doubt, the easiest money I have ever made.”

And while a million dollars is nothing to sneeze at, it’s nothing compared to what this next self-made crypto-millionaire took home.

According to a recent profile, Mr. Smith (not his real name) has spent the past few years traveling the world in “ultra-luxurious style.”

He stays in the best suites at the best hotels, and he only flies first class.

Like Jeremy, his sizeable fortune is all from his early investments in cryptos…

But unlike Jeremy, he wasn’t some college dropout who “got lucky” by betting on Bitcoin:

Mr. Smith had already had a lucrative career as a software engineer in Silicon Valley.

He wasn’t planning on becoming a crypto-currency investor, but he became intrigued by the underlying technology that powers crypto-currencies: the “Blockchain.”

The blockchain is a “decentralized ledger” — meaning, information is stored across thousands of computers, rather than in a single place — that keeps track of all crypto transactions and accounts.

Because information is stored in so many different places, it becomes nearly impossible to hack — and impossible for the government to track and get its hands on.

And because he was such a big believer in this technology, Mr. Smith decided to put $3,000 into bitcoin when it was trading at just $0.15.

To be clear, he sold some of his holdings along the way to diversify — but still, he estimates that his net worth is in the neighborhood of $25 million!

There are plenty of other crypto millionaires we could introduce you to as well...

Like 22-year-old Vitalik Buterin, who’s worth an estimated $500 million...

But by now, I think you get the point:

Crypto-currencies are giving regular people — people just like you — the chance to earn life-changing wealth in a short period of time.

But make no mistake, these investments are risky!

So we recommend the following basic investment strategies: