Last Wednesday, I sent you a light-hearted article about the Top-10 "Marijuana Movies."

He looked at how medical marijuana is increasingly being used to treat debilitating diseases like chronic pain and cancer.

The thing is, whether marijuana is being used for entertainment purposes, medical care, or anything in between, all this activity has led to an exciting byproduct:

And today, we’ll look at how you could have been one of them…

As you learned from our articles last week, marijuana is already a $7 billion sector in the U.S., and it’s soon expected to reach $500 billion globally.

So to kick things off, let me show you some examples of how all this activity is impacting the stocks of small cannabis companies — or as they’re more commonly known, “penny pot stocks.”

For example, look what happened recently to investors in CV Sciences (CVSI), a company that develops synthetic versions of medical marijuana: 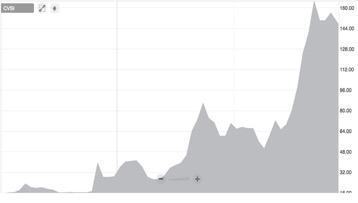 XXII is a plant biotech company focused on, among other things, creating cannabis-based products for human health and wellness. 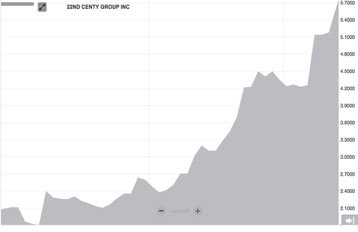 And it’s a similar story with Mountain High Acquisitions (MYHI)... 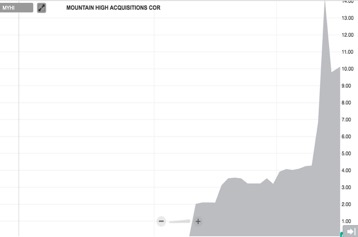 If you’d invested just $5,000 into each of those companies, you could have ended up with about $1 million.

And that explains why we’re so excited about this sector:

The cannabis industry is presenting an opportunity for ordinary investors like you to become wealthy in a very short period of time.

Given what you just learned, you might be tempted to jump right in and start making a bunch of pot investments…

But before you do, there’s something you need to be aware of…

You see, to give yourself a realistic shot at making money in this market, there’s an incredibly important lesson you need to learn first.

In fact, if you buy a single share of a penny pot stock before learning this simple but critical lesson, I can almost guarantee that you’ll be throwing your money away.

Because in tomorrow’s article, Wayne will reveal this lesson to you.