In the grand scheme of things, this isn’t a threat to our civilization.

But still, he’s a good kid, and he deserves a good bagel.

The problem is, he used to live in New York City, home of the best bagels on earth. But then he moved to Maryland.

Maryland has much to offer in the culinary realm. For example, its crab is top-notch — from steamed crabs and crab cakes, to crab imperial and crab fluff. But its bagels? Meh.

So today, I want to tell you how I hooked my brother up with an authentic NYC bagel.

To set the stage here, let me tell you about an e-commerce company called Goldbelly.

Goldbelly is a specialty food-delivery service. It sends you the best food from famous restaurants around the U.S., no matter where you live.

As founder Joe Ariel said, "Our goal is to find every amazing food, every amazing dish in the country that's local or regional, and make it accessible to people everywhere.”

For example, what are you supposed to do if you live in Phoenix, but you’ve got a hankering for a cheesesteak from Jim’s in Philly? Well, you head online to Goldbelly — and before you know it, that cheesesteak will be at your front door.

Wherever you find yourself, and whatever culinary masterpiece you’re hungry for, Goldbelly will hook you up.

We first learned about Goldbelly in 2013.

At the time, we were just getting Crowdability started. And Goldbelly (it was called “Goldbely” back then; maybe it couldn’t afford the second “l”) was one of the first deals we looked at. 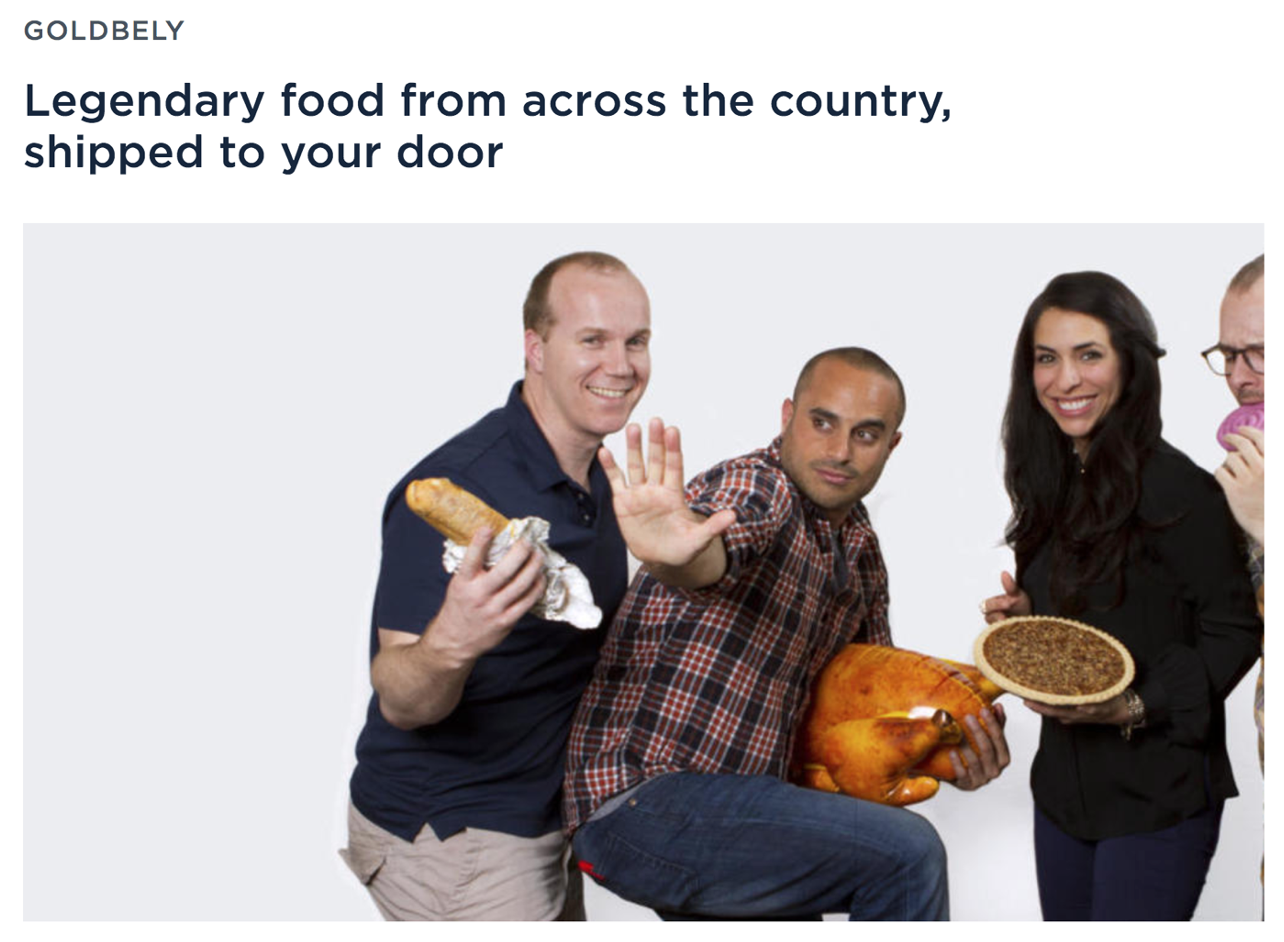 We questioned the picture of the founder holding a turkey like a football.

But we liked the company’s quick traction ($100k in revenues in 4 months; not bad for a tiny startup); we liked its market potential; and we liked its $3 million valuation.

So we showed the deal to our readers.

Later that year, Time Magazine named Goldbelly one of the 50 Best Websites of 2013 — and this little startup was off to the races.

With additional capital that it raised from professional investors, it expanded and grew its team.

And by 2018, according to research company PrivCo, its valuation was as high as $500 million.

In other words, the value of early investors’ shares had quickly increased as much as 166x.

In 2020, Goldbelly added over one million new customers.

And earlier this week, the company raised a whopping $100 million from professional investors. Now it’s exploring an IPO.

As founder Joe Ariel said, “In the future, we do want to be a public company. We think we’re just at the beginning of the food e-commerce revolution.”

As a public company, Goldbelly could potentially be valued at more than $1 billion.

And at that level, early investors who learned about Goldbelly on Crowdability could potentially pocket gains of about 333x their money.

Keep in mind, at the time we shared this deal with our readers, Goldbelly didn’t look like much.

But it was useful — a way to get your favorite foods delivered, no matter where you lived.

And now it’s going to make its earliest investors a fortune.

Ready to make your own fortunes?