Could This Be Virtual Reality's "Killer App"?

Want to know the key to being a successful tech investor?

Identify a major trend, wait for its “killer app” — i.e., a product able to transform and expand an entire industry — and then start investing in the sector.

For example, the Internet was becoming a major trend in the late 80s — but it didn’t go mainstream until Netscape’s web browser arrived in the mid-90s.

It’s a similar story for Mobile. In the mid-90s, Mobile seemed poised to become a big deal — but it didn’t explode until the iPhone was released in 2007.

It took the creation of Netscape and the iPhone for these sectors to go mainstream — and for early investors in Internet and mobile companies to make their fortunes.

The thing is, now there’s a new mega-trend gathering steam…

So today, we’ll take a look at this trend, we’ll explore what might be its killer app —

And then we’ll see if it’s time to make our own fortunes investing in this sector.

The new mega-trend I’m referring to is Virtual Reality, or “VR” for short.

VR is a computer-generated environment you can interact with. Place an electronic headset over your eyes, and you magically enter a new world that feels real. 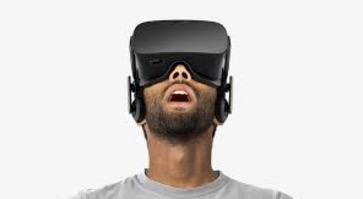 VR has been around for decades, but it never hit the mark. It was too slow, or the graphics were unrealistic.

But now the technology has dramatically improved, and recently, there’ve been some big developments…

For example, in 2014, Facebook acquired a VR headset maker called Oculus for $3 billion.

And then, with a focus on delivering entertainment, Facebook’s competitors soon jumped into the fray — for example:

Google created its own VR headset called “Cardboard,” and invested more than $500 million into a VR start-up called Magic Leap…

Microsoft is working on a VR technology called HoloLens…

And as The Financial Times recently reported, Apple has built an entire “secret team” to lead it into virtual reality battle.

But despite all this activity and excitement, we still haven’t gotten our “killer app” — the product that delivers VR into the mainstream.

In fact, we’re starting to believe that VR’s “killer app” will come from a sector that’s much different than entertainment, but equally as lucrative: Healthcare.

Over the past fifty years, we’ve made enormous strides in the world of healthcare.

From pacemakers and artificial organs to neurosurgeries and personalized medicine, we’ve witnessed so many technological miracles.

But as we’ve come to learn, inventing one of these miracles might actually be “easy” compared to what comes next...

You see, once a new procedure or device has been created, doctors need to undertake the task of implementing it — which can be incredibly challenging.

Complex surgeries are difficult to learn, and even more difficult to master. In order to get training, doctors travel to special sessions across the world.

Not only does this traveling waste time and money, but the training itself is compromised. Training programs are short — sometimes just a few days — and then the doctors have to return home.

And once they get home, they have very little support to help them refresh their memory on these complex new procedures — just some written notes and a couple of videos, which hardly capture the complex environment of an operating room.

Perhaps this “training gap” helps explain why even with all of the medical breakthroughs we’ve seen, an enormous number of “medical errors” still occur…

I’m talking about completely avoidable mistakes that affect 232 million patients, and are currently the 3rd-leading cause of death in the U.S.

But thankfully, there might finally be a solution to this deadly problem...

Today, I’d like to introduce you to a new company called Boon VR.

This company’s goal is to help close the “training gap” in healthcare.

Using Boon’s virtual reality headset, software and cameras, “viewers can peek over [another] surgeon’s shoulder, watch every incision, note heart and respiratory activity on the monitors, and even look around to see how the assisting staff members are interacting.” 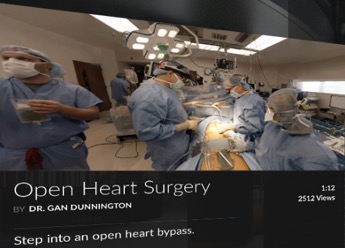 In a recent pilot, 92% of operating room respondents felt that using Boon improved retention of medical procedures. They described the experience as “Transformational," "Revolutionary" and "Efficient."

And not only could this help save the lives of millions of patients around the world...

But as you’ll see in a moment, Boon VR could help you earn significant profits.

What Do You Think?

You see, in order to help take its product to a larger market, Boon VR is currently raising money from investors like you.

If it turns out that Boon VR is the “killer app” that the virtual reality market has been waiting for, this could turn into a profitable investment for early investors.

To be clear, VR is still an emerging market, and start-ups are inherently risky. So be sure to do your due diligence before you consider investing.

Also, if you have any questions or opinions on this market — or this company — we’d love to hear from you.

Just click here and share your thoughts with us — we review every one of the comments we receive!

Please note: Crowdability has no relationship with Boon VR, or with any of the platforms or companies we write about. Crowdability is an independent provider of education, information and research on start-ups and alternative investments.