Bloomberg's No. 1 Forecaster Reveals Exactly What To Do Now

It’s based on the true story of Billy Beane, the Oakland A’s longtime manager.

Basically, Beane rejected all the conventional wisdom about how to build a winning baseball team. Instead, he tried a new approach using data and statistics — and that’s when the A’s started winning.

Today, I’d like to introduce you to someone who’s taking the same approach as Billy Beane, but for a much different purpose:

To make money in the stock market.

And more specifically, to help you make money in the stock market.

To kick things off here, let me introduce my friend Andrew Zatlin. 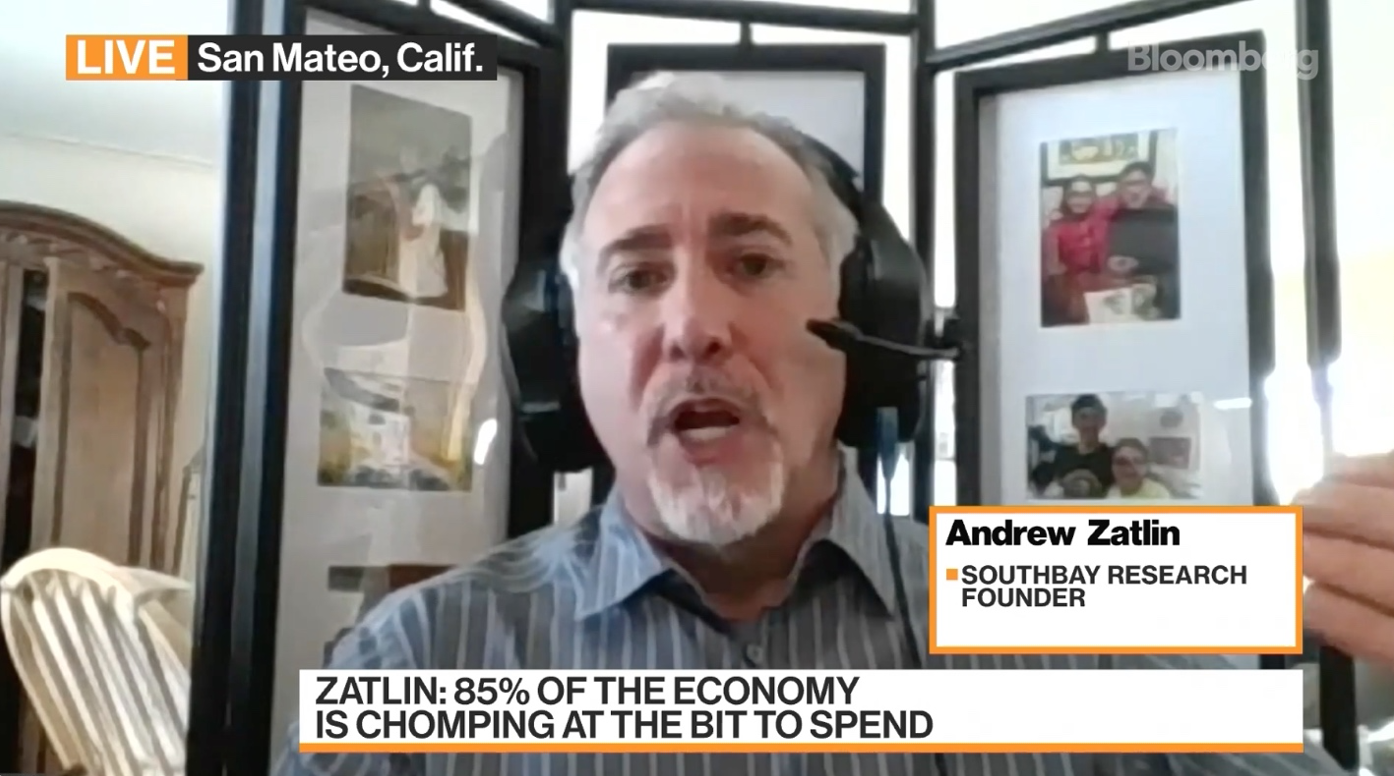 Zatlin is a trained economist and top-ranked financial forecaster.

In fact, he’s recently been ranked #1 for Jobs Forecasting by Bloomberg, ahead of analysts at major Wall Street firms like JP Morgan and Bank of America.

Keep in mind, Bloomberg’s rankings are no popularity contests. Billions of dollars are traded based on Jobs data, so there’s a lot at stake here. That’s why these rankings are based on accuracy and performance over time.

Here, in brief, is how Andrew reached the #1 spot:

Education & Training. Zatlin studied Economics as a Research Fellow at Kyoto University, and earned his MBA from University of California, Berkeley.

Real-World Stripes. He then spent two decades working in Silicon Valley, where he held senior roles in Business Strategy and Operations at NEC Electronics and Cisco.

Putting it all Together. Over the years, he created a system to apply economic data to real-world investing and trading.

Essentially, Zatlin figured out how to harness various data sets to track trade and commerce — and then predict what will happen next in the market.

He calls his system Moneyball Economics, because it mimics the data-focused strategy used by Billy Beane.

But instead of using his data to put together a winning baseball team, Zatlin uses it to identify two signals that are invaluable to investors:

Thanks to the accuracy of his signals, Zatlin’s system can lead to winning investment trades.

SouthBay quickly signed up more than 20 of the world’s top hedge funds, and such institutions pay a fortune to get access to his data. After all, as The Wall Street Journal reported, Zatlin’s data can help investors knock it out of the park:

The Institutions Have it Easy

So if you’re a fat-pocketed institution, you’re in luck:

Head over to SouthBay Research and you’ll find exactly what you’re looking for.

But what if you’re just an ordinary investor? In other words, what if you’re a regular investor looking for profitable trades, and you can’t afford to pay up like a hedge fund?

Well, if that describes you, keep reading…

Wayne and I believe Andrew has a unique view into the markets. Simply put, we believe his data can help us — and help investors like you — make money.

So here’s what we’re planning to do:

Over the next few weeks, on Tuesdays at 11am, we’ll be publishing special articles from Andrew. We’ll publish these on our free site, so everyone can access them, and everyone can take advantage of them.

Then, if you like what you’re reading and think it can help you make money, just let me and Wayne know — and we’ll see what we can do to convince Andrew to share even more data and trading ideas with you for free.

So keep your eye out for Andrew’s first article next Tuesday!