This Week in Tech

You rely on Crowdability to bring you the best start-up deals. Now rely on us to bring you the most fascinating stories and trends from the world of technology. You won’t find this stuff in the mainstream press. Look for it every Friday morning.

Mark, a stay-at-home dad based in San Francisco, was worried about a rash he’d found on his son’s privates.

He was so concerned that he took photos of it, and at his pediatrician’s request, he emailed them to the doctor’s office.

The next thing you know, Mark’s email account and cell phone were shut down, and he learned he was being investigated by the San Francisco Police Department for the dissemination of child pornography!

You see, Mark used a Google Android phone to take the photo, and used his Gmail account to send it to the doctor.

This allowed Google’s servers to automatically scan the image, tie it back to Mark’s phone and email account — and ultimately shut down his services and notify the police department.

While this story might seem bizarre and even scary, it highlights an important trend we’ve been tracking in the tech sector…

A trend that could hand early investors market-beating gains right now, and for years to come.

To skip to the punchline: Mark was cleared of all charges and everything worked out fine.

But this story had Android and Gmail users up in arms!

Most folks weren’t aware that Google was monitoring their emails and photos.

Obviously, Google was doing this monitoring with the best of intentions — there aren’t many things more important than protecting children. But what happens when a rogue employee at Google or Apple doesn’t have good intentions?

Could they dig through your private emails and most intimate pictures?

Are we in control of our devices and content, or is someone else? And this brings me back to the tech trend I mentioned earlier:

As we shift more of our lives into the digital world, I believe we’ll hear more stories like Mark’s:

People will have content, data, and information they believe to be private, but it will unknowingly be accessed by third parties.

And it won’t just be our photos and emails that get exploited. It’ll be our bank accounts, investments, health records, private conversations, you name it.

Keep in mind, individuals like you and me won’t be the only victims. Hackers will look to exploit and attack governments and corporations as well.

In fact, we’ve seen this trend explode over the past two years because of COVID:

As more corporations and governments shifted to remote work, more data than ever was being shared and stored in the cloud. And this presented attackers with a massive new target.

According to Check Point Software, global weekly cyber-attacks have more than doubled since the pandemic began: 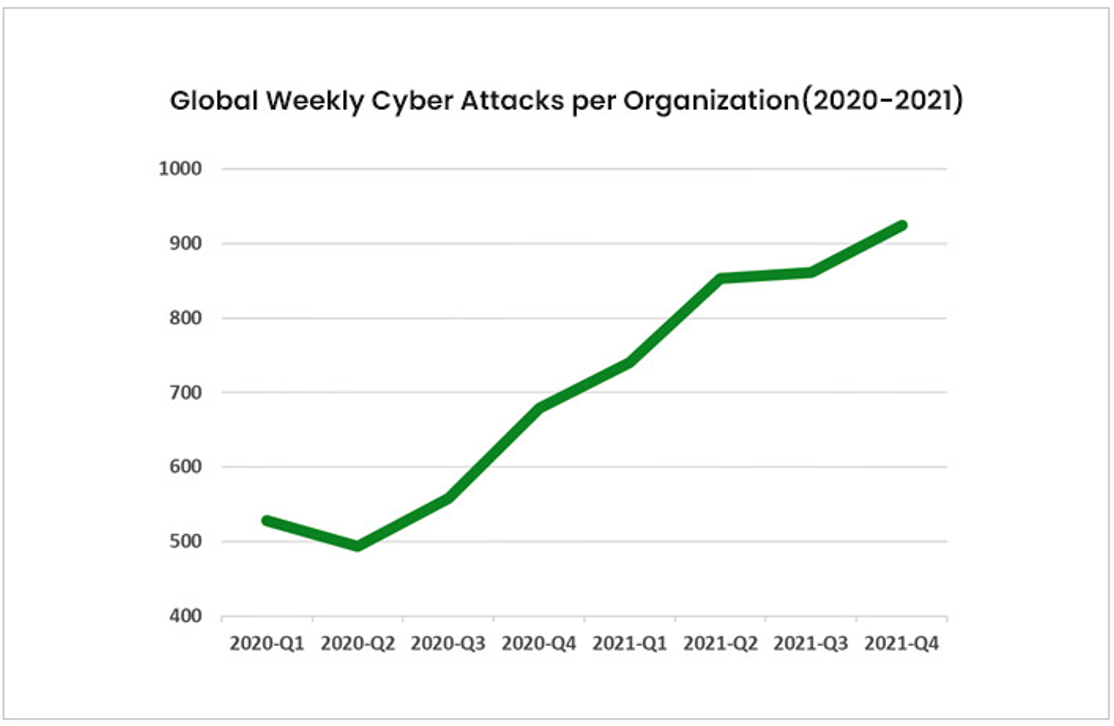 Which is why hundreds of new startups are jumping in to help individuals and corporations protect themselves, take control, and fight back!

Hottest Startup Trend of the Decade?

At Crowdability, we began covering cyber-security startups back in 2014.

That year, 269 such startups raised just over $2 billion in capital from investors.

But fast-forward to 2021 and you’ll see that this sector has absolutely exploded. According to Momentum Cyber, an advisory firm for the security industry, over 1,000 cyber-security startups raised more than $29.5 billion in 2021.

That’s 1,500% growth in just seven years. And it shows no sign of slowing down:

Even though venture funding overall has declined by double digits for the first two quarters of 2022, cyber security funding has been one area of the market that continues to grow…

Your Turn to Get Involved

This is a clear signal that some of the smartest and most connected money in the world believes cyber security is the place to be, both now and for the foreseeable future.

If you’d like the chance to get in on this trend early, right alongside professional investors, here are a few cyber-security startups raising capital right now:

Please note: Crowdability has no financial relationship with any of these companies, or any other of the platforms linked to in this article. Crowdability is an independent provider of research and education.