In yesterday’s article, we showed you why micro-caps are so powerful:

Not only can they help you earn enormous returns, but they can also lower your risk!

But today, I’ll reveal another key benefit of investing in micro-caps.

As you’ll see, this benefit could help you earn triple-digit profits fast.

For just a few dollars, you can own a stake in a potentially explosive company — a small, publicly traded company that has enormous upside potential.

Multiple studies have proven that the smaller a stock’s market cap, the better it performs. For example, yesterday, we showed you a study from the economists, Fama-French.

And today, we’ll show you the results of a study from Morningstar…

But as I mentioned a moment ago, it’s not just that micro-caps deliver bigger gains…

It’s that gains can get delivered to you fast.

To show you what I mean, here are a few recent examples.

Double Your Money in a Month

Take a look at this chart for CEL-SCI (CVM): 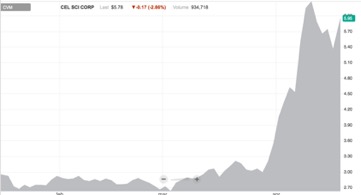 CEL-SCI is a biotech micro-cap.

For the past six months, shares of CVM have been trading for less than $3…

But a few weeks ago, based on news related to its encouraging Phase 3 results, shares soared to nearly $6.

In less than a month, investors doubled their money.

And because CEL-SCI is publicly traded, investors could cash out of their positions and take their profits right away!

That’s the power of micro-caps: explosive upside potential, coupled with the ability to take your profits whenever you’d like.

And here are a couple of other recent examples…

Take a look at this chart for ATA, Inc. (ATAI): 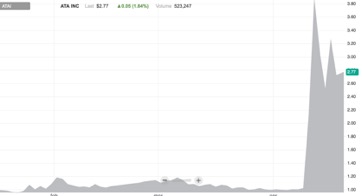 Similar to CEL-SCI, after treading water for some time, shares of this education company recently soared…

And it’s a similar story for PhaseBio Pharmaceuticals (PHAS)… 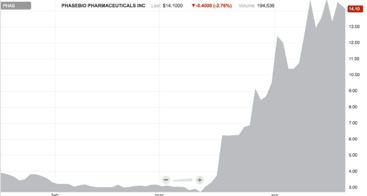 And again, because companies like these are publicly traded, investors could cash out of their profits at any time.

To be clear, privately held startups — like the ones we’ve been featuring on Crowdability for years — are the single most profitable asset class in the world.

But micro-caps do offer one advantage over startups:

You can cash out of your “winners” whenever you’d like!

Next week, we’ll reveal yet another key benefit of micro-caps:

Simply put, they provide a conservative way to profit from emerging sectors.

In fact, starting next Wednesday, we’ll show you how you could use micro-caps to profit from one of the most explosive new markets in the world today.