Make Your Fortune from Flying Cars

“We wanted flying cars, instead we got 140 characters.”

Those words were written in 2011 by Peter Thiel, the billionaire co-founder of PayPal and Palantir (PLDR), and the first outside investor in Facebook.

But now, finally, Thiel is getting his wish.

Flying cars have arrived — and today I’ll tell you how to get in on them on the ground floor.

The idea of a flying car has been around for more than 80 years.

In fact, according to CNN Money, “Since the 1930s, more than 30 patents have been filed for flying car designs.”

But now this industry is finally starting to take shape.

As global consultancy McKinsey and Company reported, in the first five months of 2021 alone, the Future Air Mobility solutions (FAM) sector attracted $4.6 billion in funding from venture funds and through announced intended mergers with SPACs.

Furthermore, Morgan Stanley projects the FAM market to be worth $1 trillion by 2040.

Check out this chart, also from McKinsey, that shows how funding for this sector has grown since 2014: 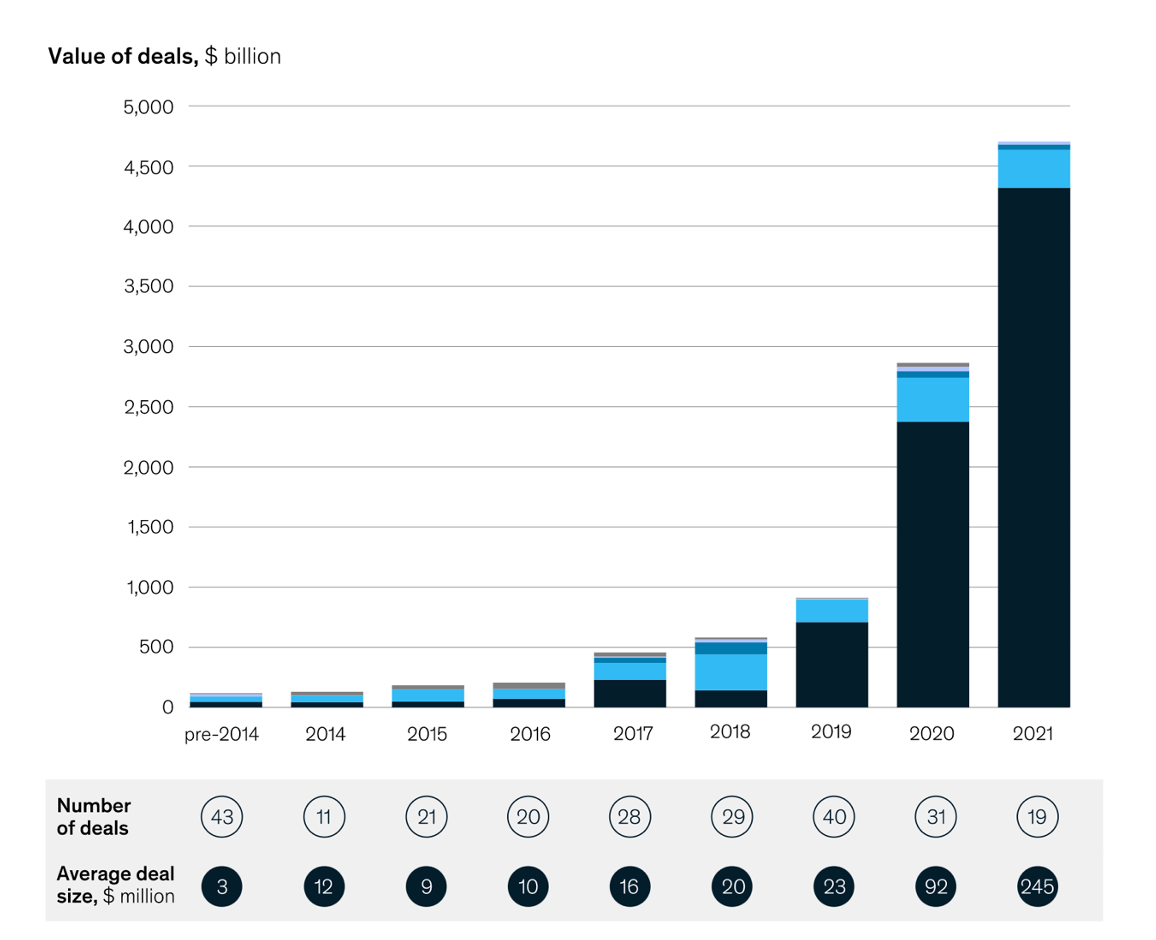 The thing is, the lion’s share of these deals — 80% of them ­— took place in a specific sub-sector. It’s called the Electric Vertical Takeoff and Landing (eVTOL) sector.

Using electric power, an eVTOL aircraft can hover, take off, and land vertically, just like a helicopter.

This is clearly a major new sector…

And now you get in on it on the ground floor.

Doroni is developing a safe, cost-effective eVTOL aircraft that anyone can own, fly, and park in their ordinary 2-car garage.

Essentially, the company is aiming to build the go-to family vehicle of the future, and even revolutionize the way we live, commute, and build cities.

Here’s a rendering of what its aircraft is expected to look like: 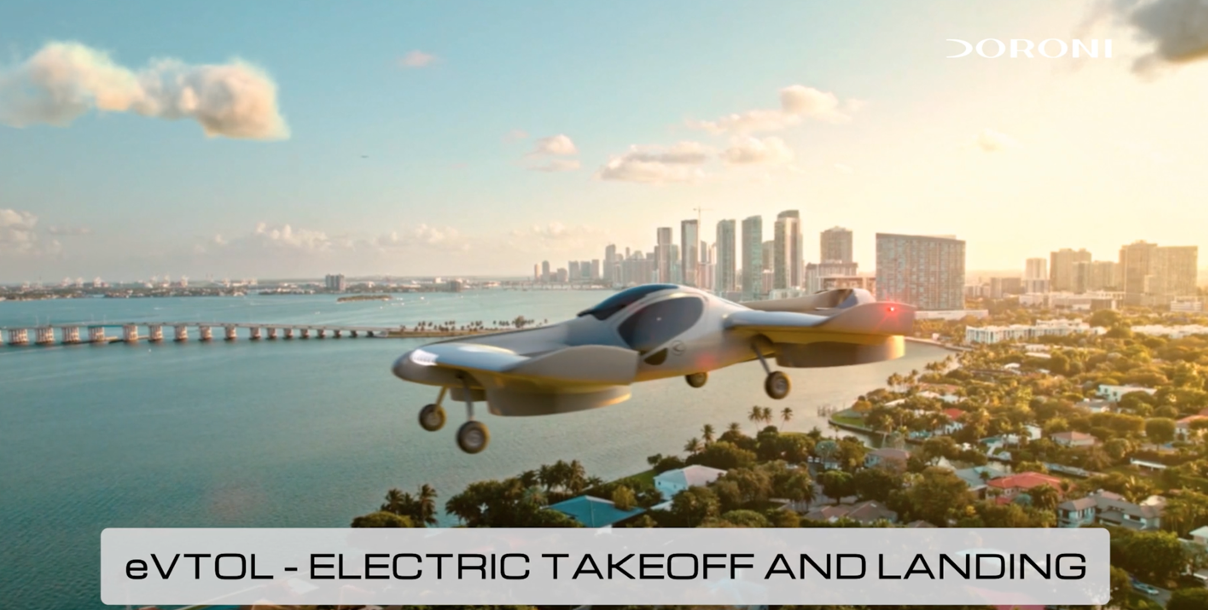 To get into its cockpit, all you need is a driver’s license and completion of a 20-hour training course, which it provides.

It has a charge-time of less than twenty minutes, a cruising speed of 100 mph, and a projected range of 100 miles.

Doroni has already developed the technology, and its full prototype is expected to be ready by Q4 2022.

Now it’s aiming to raising $2 million from investors like you. Should you invest?

The Pros and Cons of an Investment

There are plenty of “pros” to this investment, including these:

But on the con side…

The valuation for this round is $159 million.

We aim for 10x returns on our startup investments. In this case, that means an exit would need to be worth at least $1.6 billion.

This helps explain why I’m not recommending that you run out and blindly invest in Doroni. This is a risky venture, and it requires substantial research to understand how things might play out.

But if you believe, like Morgan Stanley, that this sector is the future of transportation, this startup might be worth a look.